Last year we did a special "Champions Edition" post celebrating Rob's best moves of 2017. We won't be doing that this year, of course, because this is Defend YOUR Moves not Defend MY Moves.

Instead, we wanted to use this week 17 space to give you guys another kind of Special Edition - The DYM Director's Cut - The Lost Tapes - some of the best stuff that was left on the cutting room floor of DYM this season.

Also, our soundtrack for the week is the playlist on the left. Anytime you guys wanna know what it feels like to be a CHAMPION just light one up and press play right over there.

First up - We've got a lot of left-over Trump pics that we didn't use. We loved doing the Fantasy Trump character here the last couple years, but we never thought it would last this long, and we'd rather forget this whole fever dream by next year.

We kinda feel for him on that golf one. We've been there for sure.

Here's the all-around weirdest picture we saw on the internet last summer.

We think about this picture all the time. There's probably a very mundane story behind it but we don't want to know. We like to imagine Robin Williams is legit scandalized by Ernest and Snow White.

We go to frinkiac.com a lot to make these Simpsons quote screencaps. Very fun and very useful website.

This is one of our all time favorites that we can never manage to shoe-horn into anything:

We saw a few movies on TV last summer that we thought would make for some DYM-worthy content, but the opportunities did not arise.

Contact was a fucking awesome movie that we are shocked we never referenced this year. Jodie Foster is an sneaky great movie astronaut and Rob Lowe is the original Joel Osteen. Very on-brand for us.

Unfortunately, we never did get out to see that Ryan Gosling astronaut joint. We'll probably review that one in an Off-Season Special once it comes out on TV this summer.

Scarface was on Showtime back in August. We took a ton of screencaps cause we never miss an opportunity to quote Scarface. I know we did use a few in-season this year, but here's a few of our more esoteric favorites: 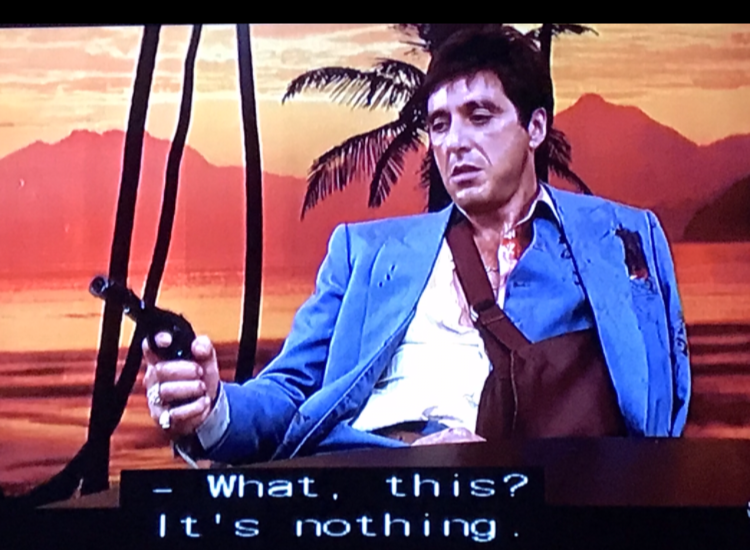 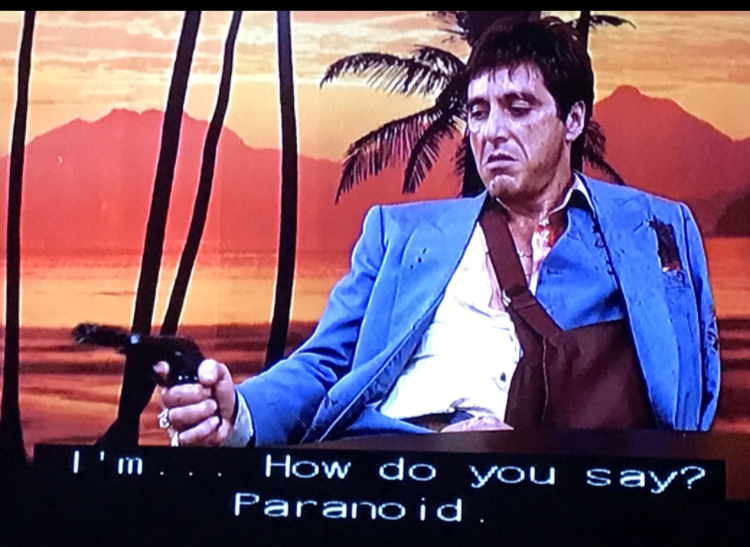 We watched that Vietnam War mini-series on PBS.

Well, Cynthia watched it. We saw some of it. It's very long. The best part for us was at the end when Nixon resigns. This line right here is our mantra now:

Another year-old documentary we highly recommend is the ESPN 30-for-30 on The Nature Boy Rick Flair. It was every bit as insane as we hoped it'd be. 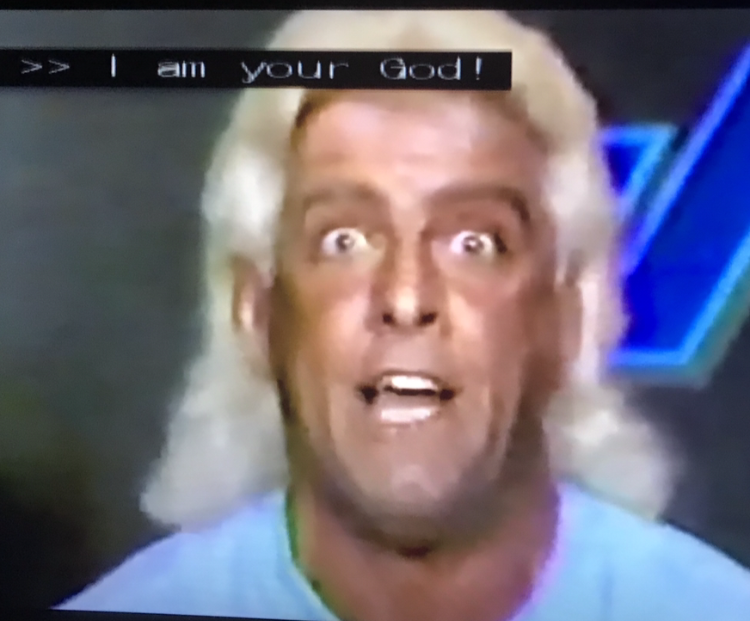 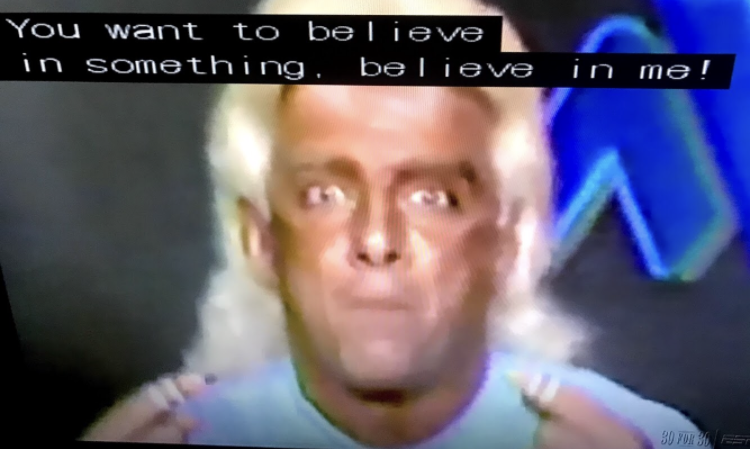 We wrote a fair amount about Star Wars last summer. We think our hottest take was that Qui Gon Jinn is the best Jedi.

Nobody ever wants to debate us on this, but we made these just in case: 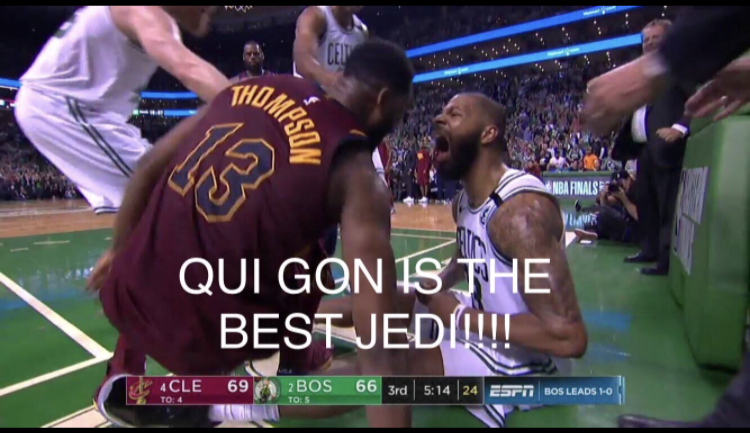 Back in week 4 Mark Ingram and Julian Edelman were coming back from steroid suspensions, which we thought was a red-flag for a couple of 30+ year-old players. We were anxiously anticipating them both sucking or getting injured this year. That didn't happen so we never got a chance to use this other gem from frinkiac.com. We actually saved this screencap back in like July but alas...

So of course, we watched Ingram's first 2018 game VERY intently and already had this next pic waiting. This bad boy was locked and loaded if Ingram ever fucked up even once.

This woulda been hilarious on the text chain, you guys woulda loved it:

For some reason we had a bunch of Baker Mayfield content that we never published. Good thing, though, cause we couldn't have pulled this 'ship off if Baker hadn't been dropped a couple times and stayed under you guys' radars the last few weeks.

Next year we're sure there'll be plenty of Baker content in this space - Now that he's a Special Ed Champion and an all-time DYM Legend.

His PlayerProfiler page is pretty bananas - He's actually got the youngest Breakout Age of any QB ever in their database.

The Commish and I picked up Baker briefly in the other league too. For a minute there I strongly considered changing our team name to Shake n Bake and had these ready to go, but then we changed our minds and started Luck instead. 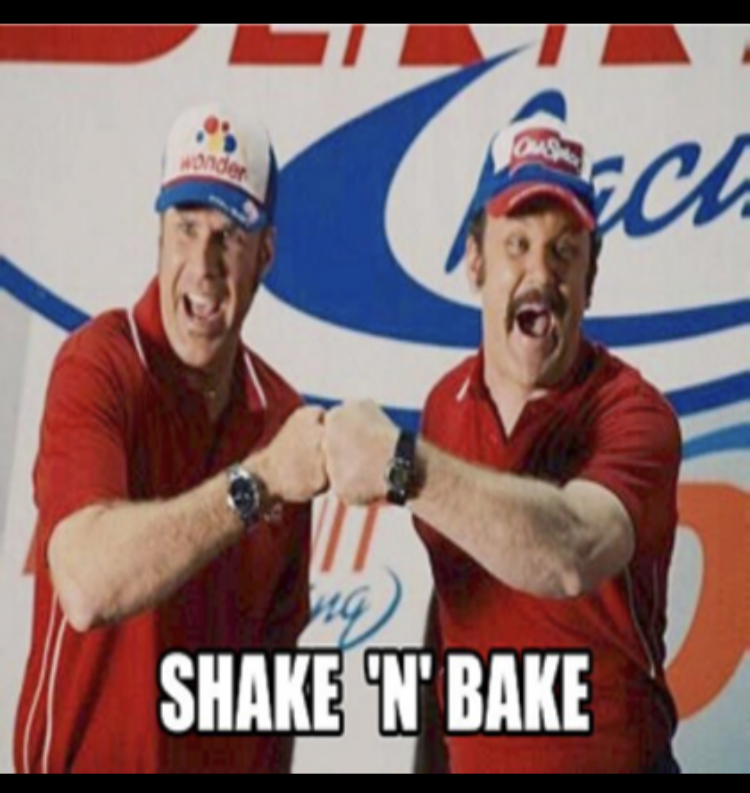 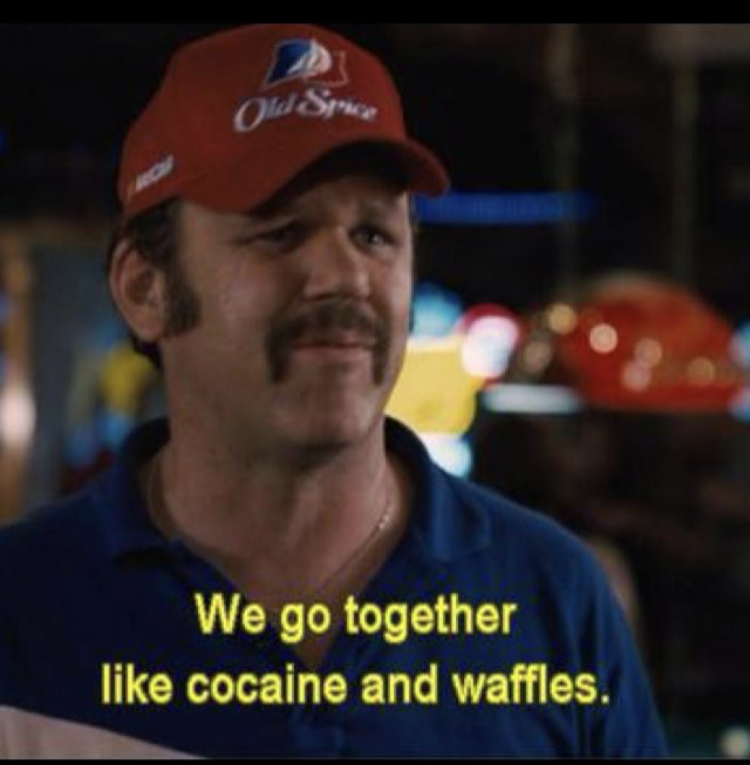 Here's a picture of Freddie Kitchens that we were gonna use in that forgotten Baker blog. Check this guy out right here. Can you believe this guy? With the gloves? Ha!! Just the quintessential image of a FOOTBALL GUY, and his name is FREDDIE Goddamned KITCHENS. HAHAHA!!! Fuckin love this guy.

Speaking of fat coaches - Here's a picture of Andy Reid that we love.

Don't know why. We just saw this on TV and it looked so intense. Had to snap it.

Joaquin Phoenix is playing The Joker in an eponymous movie coming out next year. A couple months ago there was this one preview where they show his face with all the make-up for just a second so we snapped it.

Looks SICK! And Joaquin is such a psycho, it's gonna be awesome. Very very excited for this one. Should hit theaters around Week 5 next season.

Here's a picture of Dennis Rodman at a restaurant called "The GOAT". If we recall correctly he posted this in the midst of the great LEBRON vs JORDAN twitter war of last spring.

By the way, we just saw an ad for a 10-part ESPN documentary about the Rodman-era Bulls. We're gonna watch it for sure but we cannot figure out how they got enough content for a TEN fucking PART documentary. They are not gonna edit shit outta these interviews. Might be entire games in there.

Anyway, this is another pic we just love for no good reason. Maybe we just like seeing Dennis Rodman in normal clothes, doing normal things. It's a little jarring.

Last, but not least, is a gif we thought to save before the season started just in case anything bad happened to my team(s). We wanted to be ready with this perfect reaction gif at a moment's notice. Fortunately the sailing was relatively smooth for both the DYM fantasy team and the Buffalo Bills rebuild.

We managed to keep a positive mental attitude all season long, and now that it's just about over we still can't complain.

But if you guys are still reading this, it might be exactly the gif you need right about now: