Week One is in the books, which means there’s only two or three more weeks until the Season really starts!!! So, before we dive in to Week Two we wanted to give everybody a little sneak-peak of DYM’s programming schedule for the rest of 2019.

We’re gonna try to stick to this twice-a-week format:

THURSDAY PREVIEWS – The thursday blogs will preview the upcoming week’s action. As always, we’ll put the spotlight on “America’s Game of The Week” and break-down every Special Ed matchup.

Starting today, Thursday will also be the new home of POWER Power Rankings (now that we’re all caught up).

MONDAY REVIEWS – The monday blogs will continue to prematurely re-cap the week’s action and feature EVERYONE’s favorite column “Dumpster Diver of the Week.”

Of course we’re especially excited about Kyrie’s upcoming debut. We thought about calling it “Kyrie’s Konspiracy Korner”, but we like “Woke Wednesdays” better cause it’s a Monday column and, really, every day is Woke Wednesday at DYM. Very much looking forward to that one.

Last but not least, this coming Monday will be the beginning of The Third Annual Food Beef Tour!!!

“Food Beef” is our column about beef we have with foods, not about foods that are beef.

By far the biggest beef we have with the local food offerings here in Morris County is that the goyem out here have no fucking clue how to make a proper bagel. We’ve been to a couple bagel shops in town and they were straight up trash.

Usually it’s just like a circle-shaped white bread, it’s disgraceful. We moved to Madison in 2017 and have been driving back to Union County for bagels every goddamn week. So we’re putting Food Beef on the case.

We swear to you all WE WILL find a good bagel in this town, or else we’re just gonna make em our goddamn selves. LETS GO!!!!!!!!

In general gambling sucks. No one ever really wins shit and it’s not even that fun.

But, last year when we were tossing around Playoff and Super Bowl Prop Bets we kept finding this one bet that we could not talk ourselves out of: Ties

We love a first-half tie bet, and an overtime bet can be even more fun. A lot of people don’t even know you can bet on ties (especially in the Playoffs), and less people have any desire to do so. That makes for what economists call a “buyers market.”

The DYM Research department found that there was a half-time tie or full-time tie (aka overtime) in 17% of all NFL games last year. Fanduel Sportsbook generally offers 10:1 odds on the halftime or full-time tie and between 20:1 and 25:1 if you parlay a tie bet with a moneyline winner. That’s what they call an “inefficiency.”

Of course betting every half of every game for a single-digit ROI is kind of a slog, so we’re going to narrow it down for you guys a bit as well. The easiest way to take advantage of this is to just target the games with a spread of less than 3. Those are the “even” matchups from the bookie’s perspective and should be more likely to actually be close or tied at any point in the game. There are seven such games for week 2 (as of thurs. morning). The highlighted games also have an over/under of less than 45, making them the most ripe for a TIE:

Now, the one MAJOR caveat to all this is that this is week 2. Nobody knows what’s going on in week 2 so the lines are always nutso. The smartest thing you can do, of course, is not bet week two. But if you have to, then just bet the spread on Home Underdogs (except the dolphins). Most of those teams got beat in week one and aren’t really as bad as they seemed, and now they get to play at home, so they usually at least cover.

Episode 3 was a banger.

POWER watchers know whenever Ghost leaves the house wearing all black, there's some SHIT about to go down. And episode 3 was VERY black-shirt-heavy. Every main character except Alicia Jimenez had at least one black-on-black look. That's what film-makers call “visual storytelling.” It's a very sophisticated and artistic technique.

Also, Tariq’s chunky cable-knit sweater might be the only thing that kept him in the #1 spot. It’s time for Riq to step up to the plate next week. 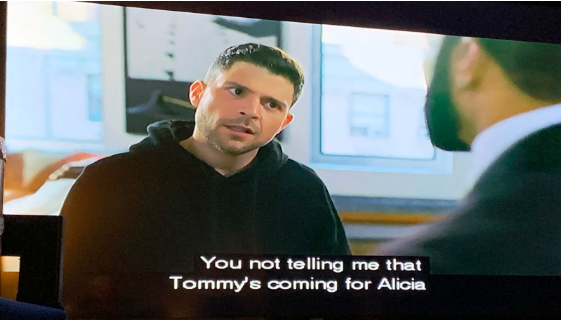 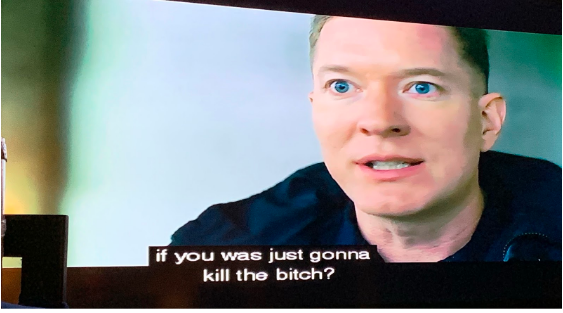 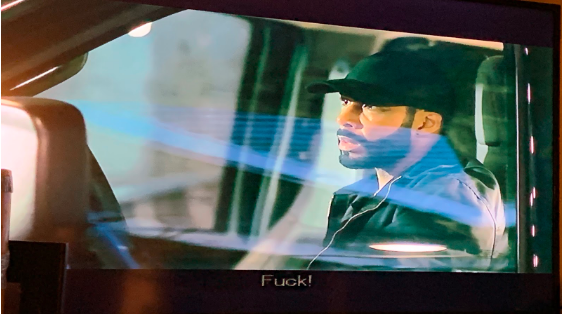 Just a few movers from episode 3:

We thought Cristobal would skate after he got caught up in the raid on Alicia. We hadn’t considered that Agent Saxe might know who Cristobal is just cause he wants to fuck him. We still think Cristo’s gonna be ok, but we’re gonna knock him down a spot every week he stays locked up.

Tariq and Tommy stay on top for now, but Jason made a Walter-White-level power move, so he moves up to 3.

Tommy finally got to tell Ghost to go fuck himself. But he couldn't have done it without LaLa. She came through for the team this week, but like 2-Bit said “Tommy oughta know better. Anytime a bitch get involved, shit always go sideways” (shout out to Holly). We love LaLa, tho. Proud of her this week.

This was also the triumphant return of Our Guy Simon Stern. Of all the blatant stereotype characters on POWER the old/white/gay/rich/jewish Simon Stern was always out favorite. He just makes Ghost miserable and we love it!!

AMERICAS GAME OF THE WEEK!!

PAULS AWESOME TEAM vs ALVIN AND THE SHITMUNKS

The biggest story in the Special Ed League last week was not DYM’s record-breaking performance (which everyone should have seen coming), but rather Fox News’ Mike Tobin putting up an incredible 164 and annihilating the 2017 champ.

Week 1 is always unpredictable, but it’s also hard to know what we should take away from week 1. Tobin’s Cowboys were a week 1 bonanza, but what does that mean? Are The Cowboys that good or are The Giants that bad? Both Tobin and Paul will be anxious to find out this week.

The Cowboys travel to DC for week 2. Normally we’d say this is a cake walk for Dallas but now that Washington are Week-Two-Home-Dogs they’re a lot scarier all of a sudden. Same goes for Oakland hosting KC. If this were week 1 or week 3, then, yea, we’d love to have KC’s kicker and backup RB in a blow-out, but now the dreaded Week-Two-Home-Dog lurks. So this week, we’re fading KC, Dallas, and the entire cursed Shitmunks squad.

Paul’s 2nd best RB in week 1, sexy rookie Devin Singletary, faces the Giants in week 2. The Bills entered the preseason with perhaps the league’s most crowded backfield committee. That crowd cleared out in a hurry now that McCoy has been dropped, Frank Gore was safetied by the Jets, and Tevin Coleman was an afterthought in the week 1 game plan. A lot of people thought it could take 6-8 weeks for Singletary to emerge as the Bills top RB. It actually took about 40 minutes of game-time. Life comes atcha pretty fast, we guess.

We also like that Paul has two other RBs playing each other in a potentially close and low scoring game. Mack and Ekeler was our sneakiest stack last week, and we love Cook and Aaron Jones even more for the Awesome Team.

Not to overreact to week one but, does Matt Breida suck?? How did he only manage 37 yards against TAMPA (!) when Tevin Coleman only played half the game? We got a bad feeling Breida might suck.

On the other side, we’re still confident in Matt’s team even though they had the lowest score in the league, and totally deserved it for auto-drafting.

Eagles at Falcons Sunday night is the real-life game of the week, and definitely the one you’ll want a part of in fantasy. Big Ertz-Wentz game.

In week one we were kinda surprised to see how much Leveon Bell on the Jets actually looked like the old Leveon Bell. He gets the Browns Monday night who Derrick Henry ran wild on last week. Big Bell game too.

PICKLE RICKS!! vs BRING IT ON HOME

Both of these teams are dealing with injury situations that they’ll have to watch closely at the end of the week.

If Joe Mixon has to miss a week or two it could be a blessing in disguise for Andy. He’s not likely to start Alshon or Larry Fitzgerald unless he loses a starter, but he should. And he should bench his Patriot this week, but he won’t.

Dave’s in much bigger trouble if Mike Williams’ and Tyler Lockett’s mid-week injuries turn out to be serious. The PRs don’t have a lot of depth on the bench, so they may even be “forced” to start a dolphin.

BRING IT ON HOME WINS!!

DYM.COM vs IN SAQUON WE TRUST

The Commish is also watching his guys’ availability this week, but not necessarily due to injuries. But this bench is actually even shallower than Dave’s, at least for the time being. Chris would have to hit the waiver wire if Antonio Brown isn’t available Sunday, as there are currently ZERO active position players on the bench. This is a pathetic level of destitution to be facing in week 2. C’mon man, you’re better than this.

HAVE A GREAT WEEK EVERYBODY!!